It is the philosophy of the Mustang Wrestling Club to provide young people the opportunity to learn responsibility, sportsmanship, a sense of belonging to a team, and other important life skills through development and teaching the basic skills of wrestling.

The Mustang Wrestling Club was started in 2008 to provide guidance to potential future Millard North wrestlers.

Our season will run from early November through March.

Coaches, athletes, parents, and fans shall conduct themselves in accordance with the playing rules of the sport contest and refrain from unsportsmanlike conduct during competition.

Failure to fulfill this obligation will subject the individual(s) to the penalties at the discretion of Mustang Wrestling Club Executive Board, including mandatory education, suspension, or expulsion from club activities.

Definition of Unsportsmanlike Conduct. (from NSAA Bylaws Governing All Activities)

Unsportsmanlike conduct shall include the following: fighting, verbal abuse or dissent directed toward an official or opponent, racial or ethnic slurs, inappropriate comments or actions that may be construed as sexual harassment, profanity, obscene gestures, flagrant and violent fouls, taunting, trash talk, baiting, cheating, throwing or abusing equipment, inappropriate posters, physical intimidation or abuse of an official or opponent, and unauthorized leaving of a team bench area. 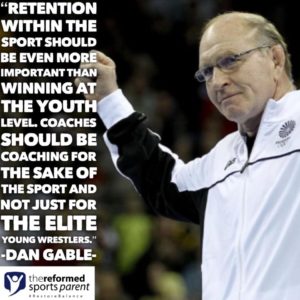 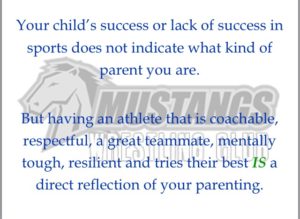 First practice for the 2021-22 season will be: -Monday, November 1st for All Wrestlers